You can always contact us for more information or a test request.

Legal framework:
In Belgium, the transport of dangerous goods by rail (RID), by air (ICAO) and by sea (IMDG) is regulated at the federal level, road transport (ADR) and inland waterways (ADN) is regional matter.

On October 17th, 2017, the new Directive for the application of the quality assurance program for the production (*) of packaging, large containers for bulk transport / Intermediate Bulk Containers (IBCs) and large packages (LP) intended for the transport of dangerous goods, was - partly thanks to the coordinating work of IBE-BVI - signed by all parties

According to the legislation, the quality assurance program includes internal inspections at the manufacturer and includes both the initial, manufacturing and final inspection, as well as the recording of the results. In the case of holders of certificates for composite packaging and bag filling companies, checks are also imposed and carried out. Furthermore, this quality assurance program must comply with the instructions of the competent authority and be carried out under the supervision of a recognized body.

In this context, the Royal Decree of November 2nd, 2017 on the transport of dangerous goods by rail, with the exception of explosive and radioactive substances, has appeared on the federal level.

The instructions concerning the quality assurance program, which IBE-BVI has developed, after consultation with the industry and the various authorities, can be found in the circular note TDG38-v.2017. This circular note applies multimodal.

Procedure:
At the start of a prototype testing program, each company is asked to undersign the document F19, in which it agrees to accept periodic production control and all (financial) implications.Each packaging that underwent successfully prototype testing for the transport of dangerous goods automatically enters the regime of periodic production control as from 1 year after obtaining the UN certification. This means that, according to indications mentioned in ADR and in agreement with the instructions of the competent authority, these packagings will undergo periodic control by random testing.

Tests to be carried out:
Depending on the nature of the packaging,

Equipment:
It is expected that the concerned companies have their own facilities to perform the imposed testing regime (as described in the Royal Decree of 1991 and other relevant documents ), such as ( according to necessity depending of the type of packaging ) 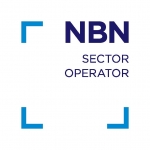